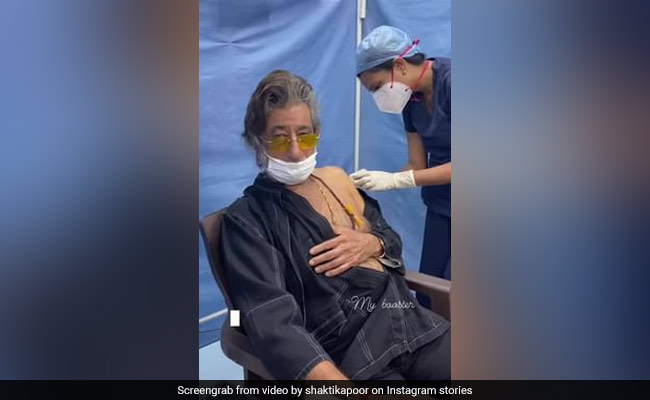 Shakti Kapoor in a still from the video. (courtesy shaktikapoor)

Bollywood veteran Shakti Kapoor is the latest star to have received the Covid-19 vaccine booster shot, an additional dose of a vaccine given after the original shot. Before him, Dharmendra got his shot of the booster dose. The 69-year-old actor shared a video of himself getting the booster dose on his Instagram story on Friday night. He also added the song Love You Zindagi from Alia Bhatt and Shah Rukh Khan’s film Dear Zindagi in the background. This is what Shakti Kapoor posted: 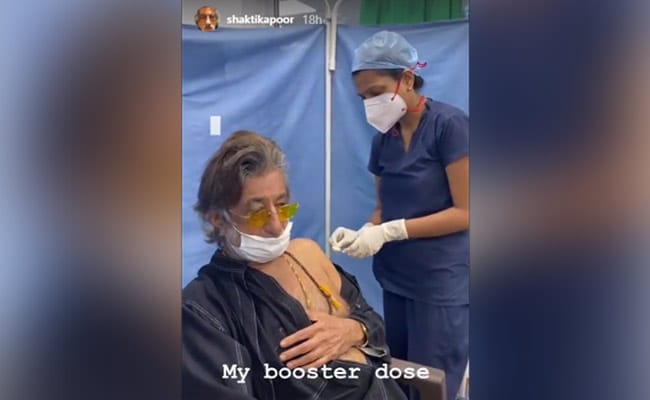 Earlier this week, Dharmendra, 86, shared a video of himself getting the vaccination along with the medical staff. The actor, along with the video, urged his fans to get themselves vaccinated. “Friends, humble request please take the booster dose,” he wrote. He says in the video, “Booster le raha hun, booster. Dard bhi nahi hua kuchh. (I am taking the booster. did not hurt at all).”

Take a look at the video here:

Shraddha is the younger of Shakti Kapoor and Shivangi Kolhapure’s two children. Her brother Siddhanth Kapoor is also an actor. Shraddha and Siddhanth co-starred as onscreen siblings in Haseena Parkar.