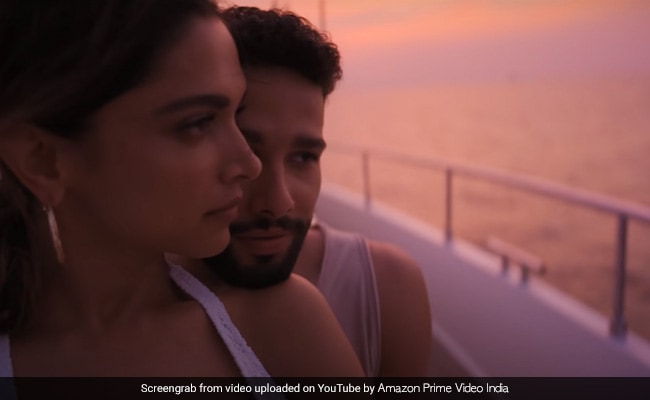 Shakun Batra’s Gehraiyaan, starring Deepika Padukone, Siddhant Chaturvedi, Ananya Panday and Dhairya Karwa, will explore the concept of infidelity, complicated love equations and more. The trailer had glimpses of many intimate scenes between Deepika Padukone and Siddhant Chaturvedi, speaking of which, director Shakun Batra revealed that intimacy director Dar Gai was onboard to make the actors feel comfortable. “You have to create an environment where actors feel confident, where you have thought everything and done prep as much as you do for a song or action sequence,” said Shakun Batra, stated news agency PTI.

The filmmaker delved into dealing with intimacy as a subject an he said, “We were treating intimacy like a story and we want to see it like a character. So, the prep and the detailing was required. It was important we have an intimacy director. And Dar Gai has contributed a lot to the film. It is important to give her the same respect as we give to all HODs.”

Speaking of shooting the scenes with the actors, he said, “There is a procedure…I thought we should adapt those things. My attempt was to design a system where everyone is comfortable. In this entire film, whenever we had a crew, like a cameraman, we wanted to understand their outlook towards intimacy.”

(With inputs from PTI)