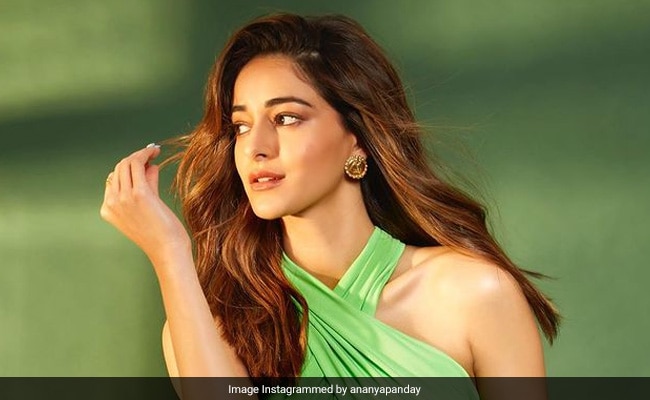 The much-awaited trailer of Shakun Batra’s Gehraiyaan was released yesterday and it has left viewers excited for the film. The star cast of the film includes Deepika Padukone, Ananya Panday, Siddhant Chaturvedi, and Dhairya Karwa. And after the trailer release, Ananya Panday has started the promotions of the film. She shared stunning photos on social media and revealed that she has started the promotions of Gehraiyaan. The film is scheduled to premiere on 11 February 2022 on Amazon Prime Videos. The shooting of the film was completed last year and since then, fans have been waiting for the trailer and posters of Gehraiyaan.

For the promotions of Gehraiyaan, Ananya Panday looked stylish in a green wrap-around top, which she paired with brown leather pants. She completed her look with brown animal print high heel boots. For the accessories, Ananya Panday chose statement studs. She has kept her makeup minimal and opted for nude shades. Ananya Panday has been styled by Lakshmi Lehr. Her makeup has been done by Stacy Gomes and photographed by Shivam Gupta. The outfit is from Tiger Mist and jewellery from Viange Vintage.

The film was initially scheduled for a digital premiere on January 25, 2022. But later, it was announced that the film will stream online from February 11.