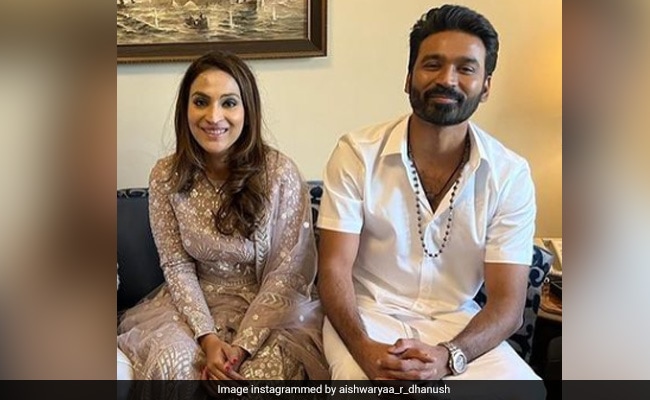 Dhanush and Aishwaryaa, who had been together for over 18 years, announced their separation on Monday night. The actor married filmmaker Aishwaryaa in 2004. Their joint statement read: “18 years of togetherness as friends, couple, as parents and well-wishers to each other.. The journey has been of growth, understanding, adjusting and adapting. Today we stand at a place where our paths separate… Aishwaryaa and I have decided to part ways as a couple and take time to understand us as individuals for the better. Please do respect our decision and give us the needed privacy to deal with it.”

Dhanush and Aishwarya got married in a traditional South Indian ceremony on November 18, 2004. They are parents to two sons – Yatra and Linga.

Last year, Dhanush received the Best Actor award for his performance in Asuran. He shared the award with Manoj Bajpayee, who won it for Bhonsle. The actor was last seen in Atrangi Re, co-starring Akshay Kumar and Sara Ali Khan. The actor will next be seen in the film Sir, the shooting of which began earlier this month. His line-up of films also includes Karthick Naren’s Tamil action thriller Maaran, Naane Varuven and the action drama Thiruchitrambalam. He is also set to make his Hollywood debut with Anthony and Joe Russo’s The Gray Man.

Aishwarya , daughter of superstar Rajinikanth, made her directorial debut was the 2012 Tamil film 3, which featured Dhanush. The song Kolaveri Di from the film went viral. She also directed the film Vai Raja Vai.