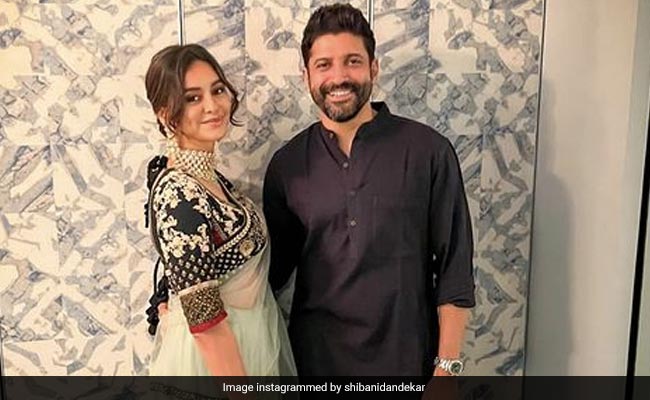 Not a day goes by when Farhan Akhtar and Shibani Dandekar are not on the top of trends list, courtesy their wedding reports. According to reports, the stars are all set to get married in February this year. According to a recent Pinkvilla report, the couple will be registering their wedding in Mumbai on February 21. A source close to the couple told Pinkvilla, “Wedding was on cards for the two of them, as they have been in love for the longest time now. They have been discussing wedding plans for a while now and have finally decided to take things to the next level. On February 21, their relationship will take a new turn, as they will take the formal vows to be partners for life.”

On Farhan Akhtar’s birthday last week, Shibani Dandekar wished him like this:

Shibani Dandekar and Farhan Akhtar started dating in 2018. The actor was earlier married to celebrity hairstylist Adhuna Bhabani, with whom he has two daughters – Shakya and Akira. Farhan Akhtar’s last project was Toofan, which was directed by Rakeysh Omprakash Mehra. The actor will also direct a film called Jee Le Zaraa, starring Priyanka Chopra, Alia Bhatt and Katrina Kaif.

Farhan Akhtar, who stepped into Bollywood as a filmmaker, is best-known for directing movies like Dil Chahta Hai, the Don series, starring Shah Rukh Khan and Lakshya. He made his acting debut with Rock On!!. He is best-known for his performances in films like Bhaag Milkha Bhaag, Zindagi Na Milegi Dobara, Dil Dhadakne Do and The Sky Is Pink.

Shibani Dandekar, a popular name in the Indian television industry, became a household name after she started hosting Indian Premiere League. She has participated in reality shows such as Khatron Ke Khiladi and Jhalak Dikhla Jaa. Shibani was also seen in the second season of Amazon Prime Video’s web-series Four More Shots Please! .