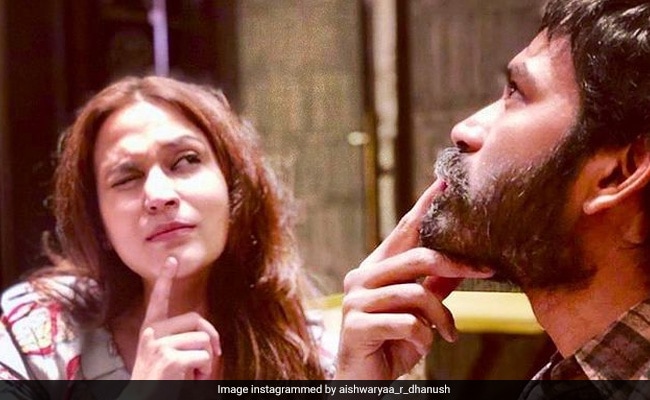 Dhanush and Aishwaryaa decided to split after 18 years of togetherness. They got married in 2004 and are parents to two sons. They announced their separation in a statement on Monday night. Dhanush had first met Aishwaryaa on the release day of his film Kadhal Kondaen. In an interview with Times Of India a few years ago, the actor recalled his first meeting with Aishwaryaa and he said, “At the first day’s show of my film Kadhal Kondaen, we as a family went to watch it. By the interval, we were all hugging each other as we knew it would be a hit. Once the film was over, I was about to leave when the cinema owner introduced me to Rajinikanth Sir’s daughters Aishwarya and Soundarya. We just said hi to each other and left. The next day, Aishwarya sent me a bouquet saying, ‘Good work. Keep in touch’. I just took that very seriously. She is two years older to me and we got married two years later after we met.”

The actor added during the interview, “I like her simplicity. If you think her father is simple, meet Aishwarya. She is 100 times simpler than her father. She treats everybody as an equal and can be friends with anybody. But I also like that she is extremely complicated. She is a good mother to my sons and is bringing them up extremely well.”

Dhanush and Aishwaryaa got married in a traditional South Indian ceremony on November 18, 2004. They are parents to two sons – Yatra and Linga.

On Monday night, Dhanush and Aishwaryaa announced their separation with a statement that read,”18 years of togetherness as friends, couple, as parents and well-wishers to each other… The journey has been of growth, understanding, adjusting and adapting. Today we stand at a place where our paths separate… Aishwaryaa and I have decided to part ways as a couple and take time to understand us as individuals for the better. Please do respect our decision and give us the needed privacy to deal with it.”

Dhanush and Aishwaryaa worked together in 3, which marked the latter’s directorial debut. The psychological thriller featured a song called Kolaveri Di, that became insanely popular. Dhanush, a popular name in the Tamil film industry, made his Bollywood debut with Aanand L Rai’s Raanjhanaa. He recently featured in another film by the director titled Atrangi Re, co-starring Akshay Kumar and Sara Ali Khan. Last year, Dhanush received a National Film Award in the Best Actor category for Asuran.