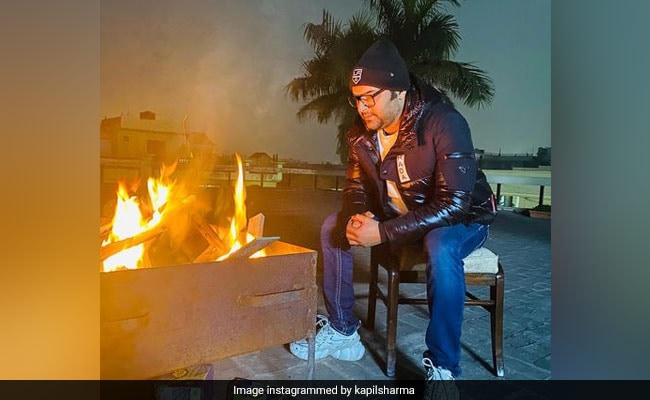 From being a contestant on a comedy reality show to now hosting one of India’s most loved and watched comedy shows, Kapil Sharma has wonderfully created a mark for himself in the industry. Next, Kapil Sharma will be seen making people laugh with his jokes on a new show, Kapil Sharma: I’m Not Done Yet, which will stream on Netflix from January 28. Ahead of the show, The Kapil Sharma Show host recalled his early days when he was trying to make it big. He recalled that he tried out for BSF and in the army before coming to Mumbai to participate in a reality show.

Kapil shared, “I had no plan as such. People will laugh if I tell them how I started. Maine pehle BSF ke liye try ki, fir army mein gaya (I tried out for BSF first then went for the army), my father and uncles were part of the police force. But papa kaafi musicians ko jante the (my father knew a lot of musicians) and ended up introducing me to them. He wanted me to do something big or maybe creative in life.

Hindustan Times further quoted Kapil as saying, “I remember the first time I came to Mumbai with my friends. We would roam around Juhu Beach looking out for directors as if they had nothing better to do in life. From then to now – things have changed so much. That’s Mumbai, that’s what it does. It gives scooter walas like me an opportunity to stand on a stage and entertain people.”

Kapil Sharma: I’m Not Done Yet will be out on Netflix on January 28. On the show, Kapil will talk about how he got married to Ginni Chatrath and how he proposed to her, their lockdown rituals, his drunk tweets, and more.