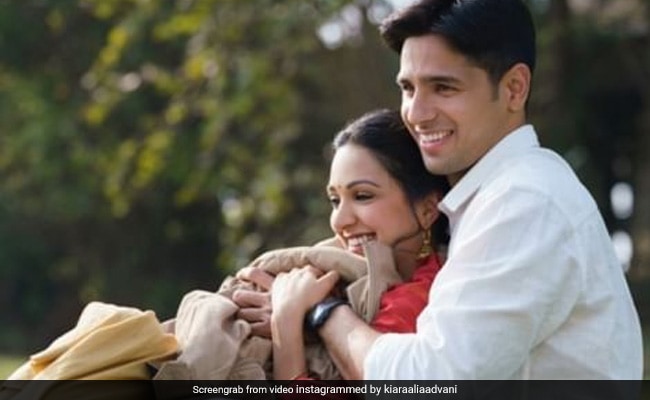 Sidharth Malhotra celebrated his 37th birthday on Sunday and he received wishes from his co-star, fans and friends. Kiara Advani, who co-starred with Sidharth in Shershaah and is also rumoured to be dating the actor, posted a still from the film on her Instagram story and she wrote: “Happy, happy birthday dearest one.” She added a heart emoji along with it. Replying to Kiara’s birthday wish, Sidharth wrote in his Instagram story: “Thanks Ki,” adding a heart and a hug emoji. 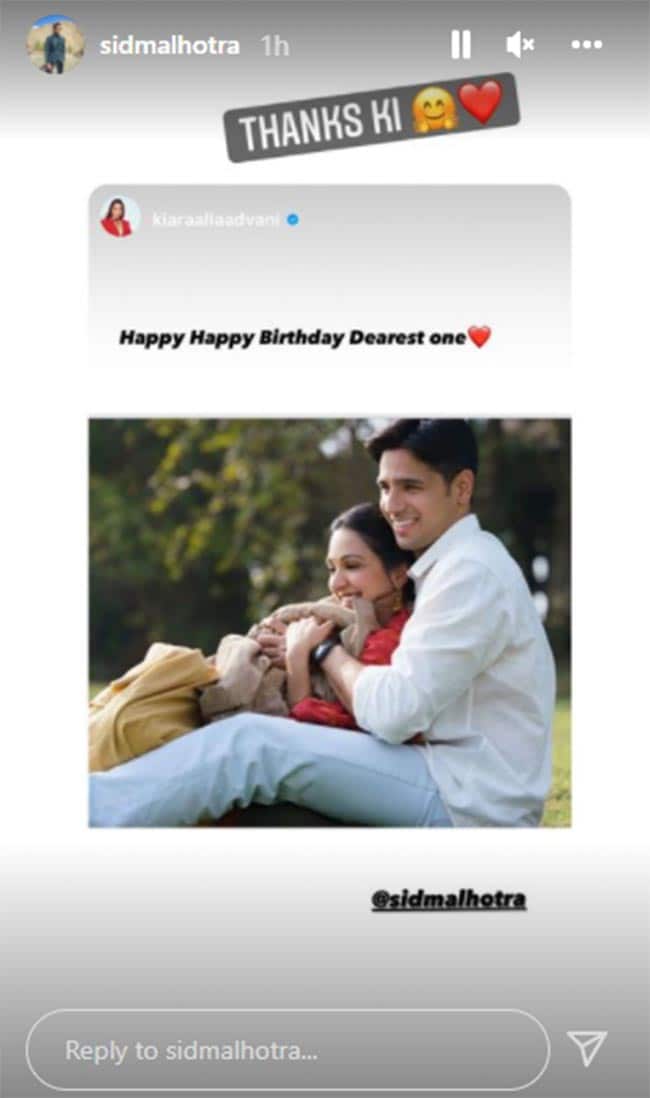 Kiara Advani  ushered in 2022 with rumoured boyfriend Sidharth Malhotra. They were pictured together at the airport. The stars went for a jungle safari. “And into the New Year we go with renewed faith and gratitude. May 2022 be happier, healthier and safer for all of us,” she wrote sharing a video from the getaway.

Kiara Advani was last seen in Shershaah with Sidharth Malhotra. She also starred in films like Indoo Ki Jawani, opposite Aditya Seal. She also featured in the horror comedy Laxmii, opposite Akshay Kumar in 2020. Her upcoming projects include Bhool Bhulaiyaa 2, alongside Kartik Aaryan and Tabu. She will also be seen in Jug Jugg Jeeyo, with Anil Kapoor, Neetu Kapoor and Varun Dhawan.

Kiara Advani stepped into Bollywood with the 2014 film Fugly. However, her breakout film was 2016’s MS Dhoni: The Untold Story, co-starring Disha Patani and late actor Sushant Singh Rajput. Kiara has also been a part of films like Bharat Ane Nenu, Vinaya Vidheya Rama, Kabir Singh, co-starring Shahid Kapoor and Machine, among others.

Sidharth Malhotra made his Bollywood debut with the 2012 film Student Of The Year, alongside Alia Bhatt and Varun Dhawan. He has featured in films like Aiyaary, Baar Baar Dekho, Jabariya Jodi and Hasee Toh Phasee, among others.He also featured in Marjaavaan, alongside Riteish Deshmukh and Tara Sutaria. The actor was last seen in the critically-acclaimed Shershaah. He will next be seen in Yodha.