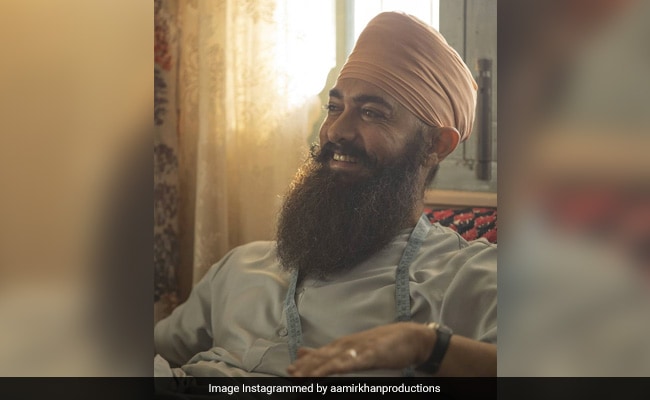 Laal Singh Chaddha, a Hindi remake of Tom Hanks’ Forrest Gump, will be releasing on its scheduled date, Aamir Khan Productions clarified in a statement on Friday. After rumours about the film’s new release date started surfacing, the makers released a statement that read, “Aamir Khan Productions’ Laal Singh Chaddha‘s release date stands as Baisakhi, 14th April 2022, contrary to some misleading stories. We once again would like to thank everyone who has supported us in the journey of making this film. Produced by Viacom 18 Studios and Aamir Khan productions, Laal Singh Chaddha is directed by Advait Chandan with music by Pritam and lyrics by Amitabh Bhattacharya. The film has been adapted by Atul Kulkarni.”

The film has been directed by Advait Chandan. Laal Singh Chaddha is collaboratively being produced by Aamir Khan, Kiran Rao and Viacom 18 Motion Pictures. In Laal Singh Chaddha, Aamir Khan will be seen sharing screen space with his 3 Idiots co-stars Kareena Kapoor and Mona Singh. It will also star Naga Chaitanya.

The film, slated to release on Baisakhi this year, will clash with Yash’s KGF: Chapter 2. In an interview last year, Aamir Khan revealed that he checked with Yash before locking the film’s release date.

During an interview with news agency PTI earlier, the Lagaan actor spoke about why he decided to make a remake of Forrest Gump and said, “I have always loved Forrest Gump as a script. It is a wonderful story about this character. It is a life affirming story. It is a feel good film. It is a film for the whole family.” The actor was last seen in the 2018 film Thugs Of Hindostan.

(With inputs from PTI)