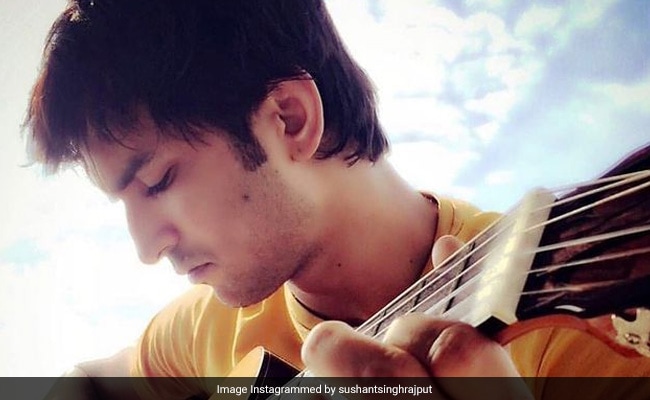 Seldom has the life and especially the death of an actor impacted fans across the world as Sushant Singh Rajput’s has. The news of his death in 2020 came as a shock to legions of fans across the world who continue to mourn him even today. Sushant Singh Rajput made his debut on television in a supporting role and eventually was cast as the lead in Pavitra Rishta. He accompanied his work in Pavitra Rishta with appearances in several reality shows such as Zara Nachke Dikha and Jhalak Dikhhla Jaa, where he won accolades for his dancing talent.

Sushant Singh Rajput made his Bollywood debut in 2011 with Kai Po Che! and only went from strength to strength. His repertoire includes works such as PK, M.S. Dhoni: The Untold Story, Chhichhore and Son Chiraiya, among others.

On his birth anniversary, we look at some of the best songs from his films.

This track was rendered beautifully by Shaan and Shreya Ghoshal. Featuring Anushka Sharma and Sushant Singh Rajput, the lyrics were written by Swanand Kirkire. And, this song is bound to make you smile.

Embodying the essence of young love, Qaafirana from Kedarnath is a treat of the years. Shot in the mountains with Sushant Singh Rajput and Sara Ali Khan, the song was composed by Amit Trivedi.

If modern love had to be described by a song, it would be Tere Mere Beech Mein from Shuddh Desi Romance. The song is pictured on Sushant Singh Rajput and Parineeti Chopra as they go about their household chores in the film.

This love ballad sung by Palak Muchhal is easy on the ears. Featuring Disha Patani with Sushant Singh Rajput, Kaun Tujhe can be described as the emotional core of the movie.

Another breezy yet emotional track from M.S. Dhoni: The Untold Story, Jab Tak featuring Kiara Advani and Sushant Singh is a must-have on your playlist.

Sushant Singh Rajput set the screen on fire in this dance track, showing off his washboard abs and sleek moves. Accompanied by Kriti Sanon in the peppy number, the actor gave the country the party anthem  of the year.

Another song that has Sushant Singh Rajput’s dancing skills and charm up for display is Sweetheart from Kedarnath. Sung by Dev Negi, this is one of the sweetest dance numbers that are perfect for weddings.

Khairiyat from Chhichhore is filled with Sushant Singh Rajput’s trademark charm and style. His chemistry with Shraddha Kapoor in the song is oh-so-adorable.

The title track of Dil Bechara, Sushant Singh Rajput’s last film is energetic, fun and cheerful. The actor shows off his cool dance moves and dimpled smile, sending fans into a tizzy each time they watch it.

No matter what the occasion, there is a Sushant Singh Rajput song that is bound to make you smile and miss him a little more.