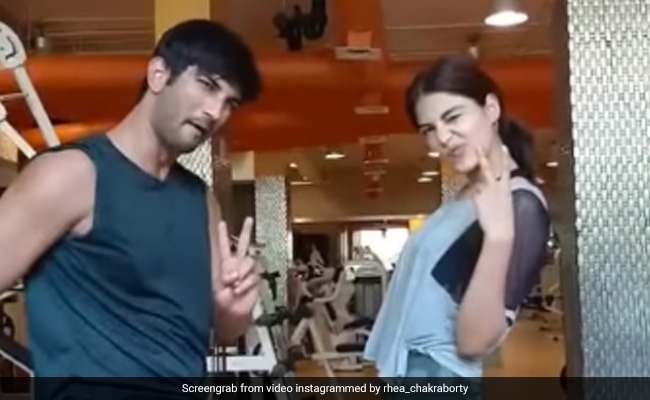 A throwback of Sushant and Rhea. (courtesy: rhea_chakraborty)

On Sushant Singh Rajput’s birth anniversary, the late actor’s fans, friends and family members remembered him. Actor Rhea Chakraborty, who dated the actor for a few years, remembered him on Friday. Rhea posted a throwback video with him on her Instagram profile and she captioned it: “Miss you so much.” She added Pink Floyd’s song Wish You Were Here along with the video, in which they can be seen happily posing together. On her Instagram story, Rhea Chakraborty shared another memory in the form of a throwback photograph and she added a heart emoji along with it. No caption needed.

Meanwhile, this is what Rhea shared on her Instagram story: Rhea Chakraborty had a tumultuous few months after the actor’s death. Sushant Singh Rajput was found dead at home in Mumbai on June 14, 2020, his death was investigated by the Central Bureau of Investigation or CBI, who questioned Rhea Chakraborty and her family members as well as some of Sushant’s staff. Rhea and her brother Showik were arrested by the Narcotics Control Bureau or NCB in a separate drugs probe.

In terms of work, Rhea was last seen in the thriller Chehre that featured Emraan Hashmi and Amitabh Bachchan in lead roles.