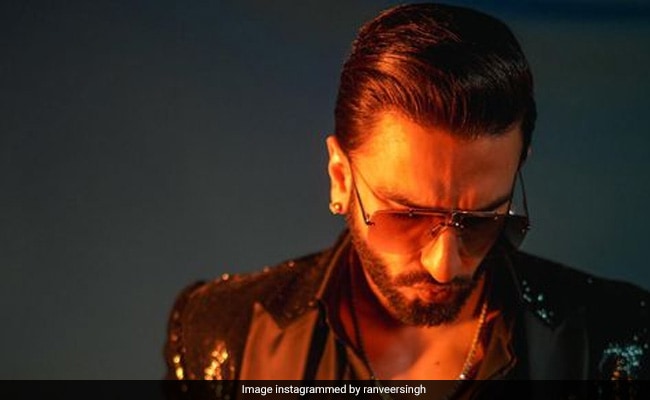 Ranveer Singh is not just known for his acting prowess, but he is also popular for his out-of-the-box fashion choices. From quirky sunglasses, shiny shoes, multi-coloured shirts, to making bling outfits a thing, Ranveer’s style statement is always in the news. Recently, Ranveer Singh shared several photos on social media and they have left the fans praising his style. In the photos, Ranveer is looking dapper as he has styled a black shimmery blazer with a matching button-down shirt. He completed the look with matching trousers.

Ranveer is also seen in a statement chunky chain, pulled-back low ponytail, earrings, and sunglasses. He kept his caption simple and shared the photos with a diamond emoji and number 8 ball. Ranveer Singh’s photos have garnered more than six lakh likes and are going viral on the web.

In the career span of 12 years, Ranveer Singh has worked in many hit movies and has established himself as one of the most prominent actors in the Hindi film industry. He was last seen as India’s former captain Kapil Dev in Kabir Khan’s sports drama 83. The film was based on India’s historic 1983 World Cup win. Deepika Padukone was seen in the role of Kapil Dev’s wife Romi Bhatia in 83.

Up next, Ranveer Singh is shooting for Karan Johar’s Rocky Aur Rani Ki Prem Kahani with Alia Bhatt. The film is being shot in Delhi. He will also be seen in Jayeshbhai Jordaar. The film has been written and directed by Divyang Thakkar and produced by Aditya Chopra and Maneesh Sharma under Yash Raj Films. Ranveer will be seen as a Gujarati man in the film. Reportedly, Jayeshbhai Jordaar will release theatrically on February 25, 2022.