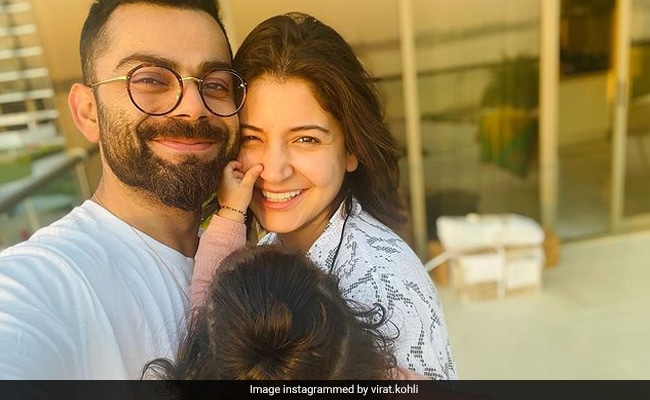 After Virat Kohli stepped down as the Indian Test captain, producer-actor Anushka Sharma wrote an extensive note for her husband. The actress in her note, wrote about Virat Kohli’s journey over the years and she signed off the note with these words: “Our daughter will see the learning of these 7 years in the father that you are to her. You did good.” Anushka Sharma and Virat Kohli’s love story began on the sets of a shampoo commercial that they did together. After dating for several years, the couple got married in a private ceremony in Tuscany in 2017. Anushka Sharma and Virat Kohli welcomed daughter Vamika in January last year.

In her note, the actress recalled the time Virat Kohli was announced as the new Test Captain. “I remember the day in 2014 when you told me that you have been made the captain as MS had decided to retire from test cricket,” read an excerpt from her post.

She added in her post, “In 2014 we were so young and naive. Thinking that just good intentions, positive drive and motives can take you ahead in life. They definitely do but, not without challenges. A lot of these challenges that you faced were not always on the field. But then, this is life right? It tests you in places where you least expect it to but where you need it the most. And my love, I am so proud of you for not letting anything come in the way of your good intentions.”

The actress will next be seen in Chakda Xpress, which is inspired by the life and times of former Indian captain Jhulan Goswami. The film will release on Netflix. She will also produce Qala, starring late actor Irrfan Khan’s son Babil.