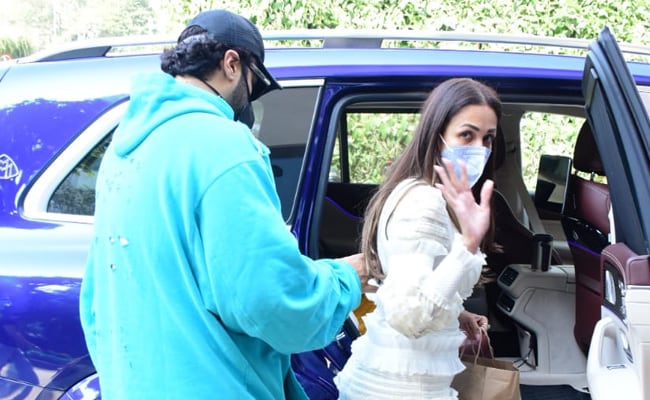 Malaika Arora and Arjun Kapoor, scooped some time out of their busy lives and stepped out for lunch date over the weekend in Mumbai. The couple were pictured exiting a Mumbai eatery together. Malaika Arora looked stunning as ever in a ruffled white outfit, while Arjun was seen wearing a blue sweatshirt and track pants. Last week, the star couple shut rumours about their breakup by posting a mushy picture together and Malaika Arora even dropped a heart in the comments section of Arjun’s post.

See the pictures from Arjun Kapoor and Malaika Arora’s date: 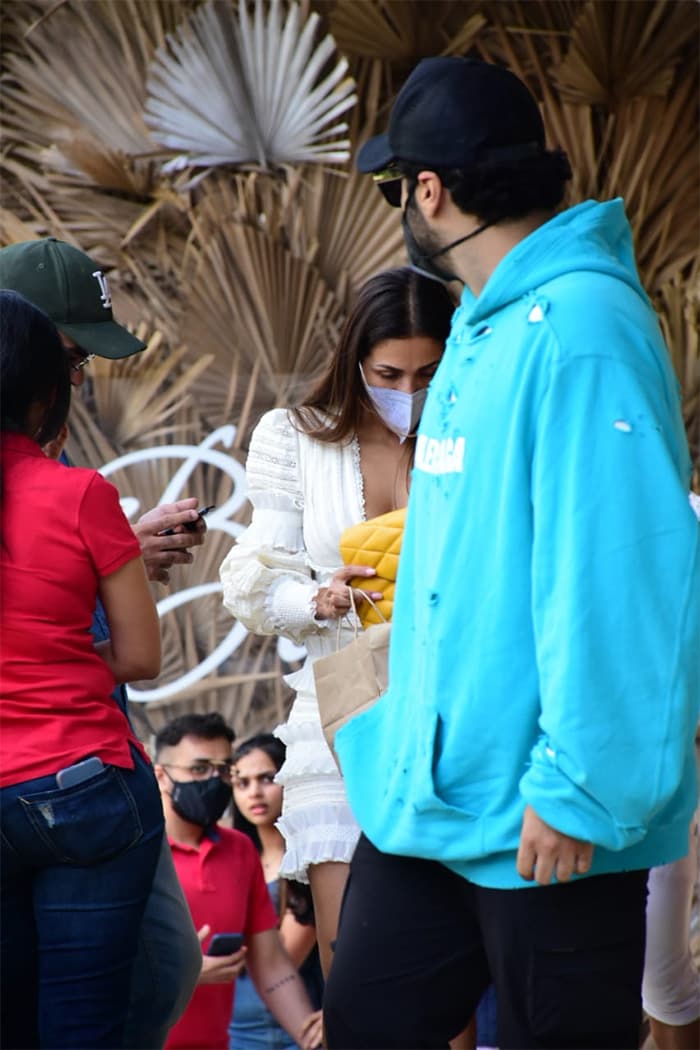 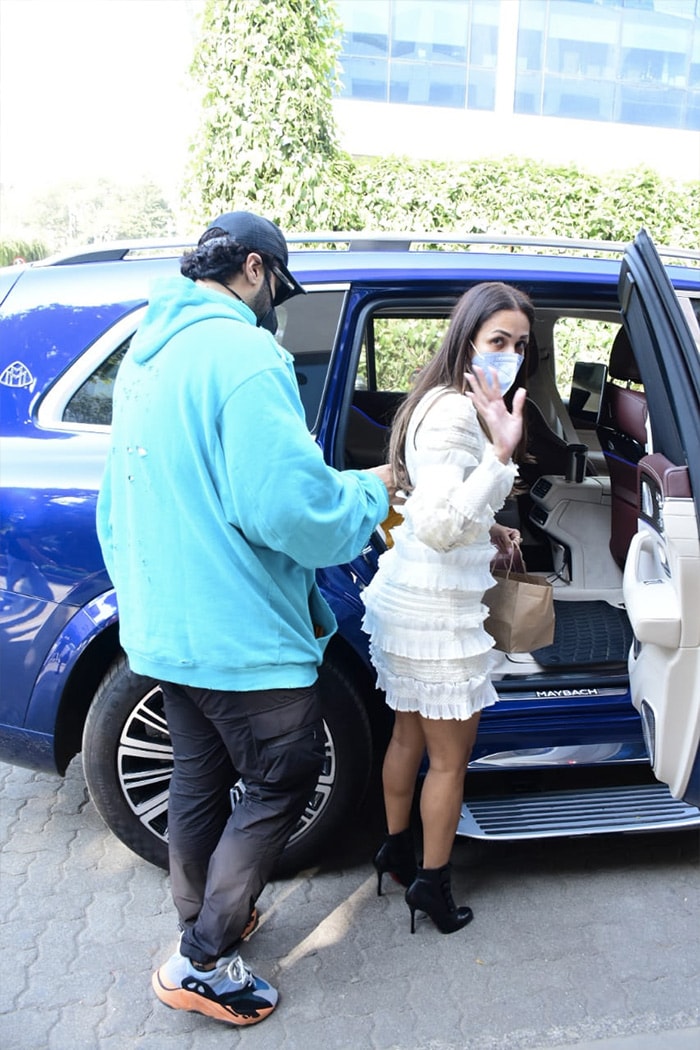 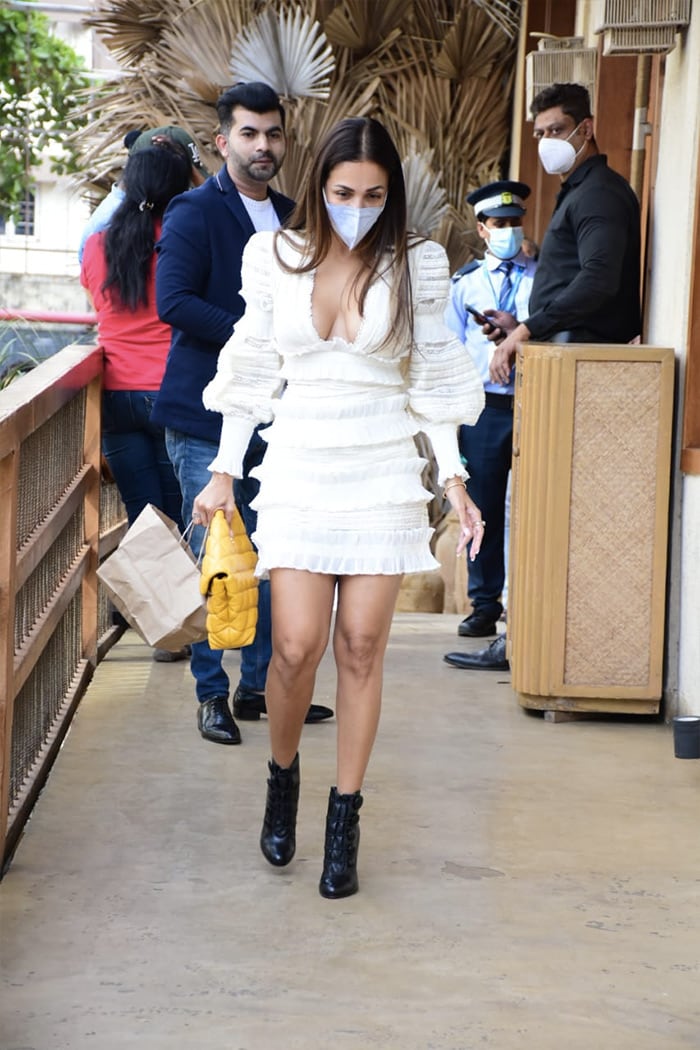 Malaika Arora at the eatery. 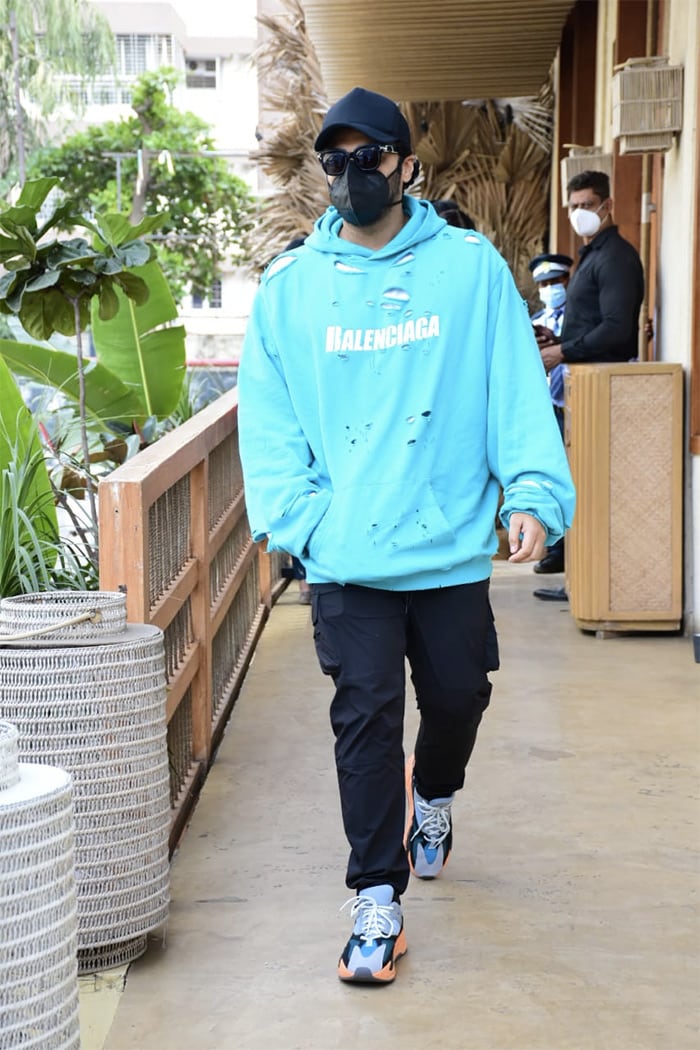 Arjun Kapoor photographed at the eatery.

Last week, Arjun Kapoor shared a picture with Malaika and he captioned the post: “Ain’t no place for shady rumours. Stay safe. Stay blessed. Wish well for people. Love y’all.” This is the post we are referring to:

Malaika and Arjun reportedly started dating in 2018. Malaika Arora was previously married to actor-filmmaker Arbaaz Khan. They were married for over 19 years and got divorced in 2017. They are parents to 18-year-old Arhaan. He went abroad for higher studies last year.

Malaika Arora was last seen as one of the judges in the dance reality show India’s Best Dancer, alongside choreographers Terence Lewis and Geeta Kapur. Malaika Arora is best-known for her dance performances to popular tracks such as Chaiya Chaiya, Munni Badnaam Hui, Anarkali Disco Chali and Hello Hello among many others. She also featured as a judge in Supermodel Of The Year 2 with Milind Soman and Anusha Dandekar.

In terms of work, Arjun Kapoor was seen in the horror comedy Bhoot Police with Saif Ali Khan, Jacqueline Fernandez and Yami Gautam. Last year, the actor starred in Sandeep Aur Pinky Faraar, in which he shared screen space with Parineeti Chopra. He also featured in Sardar Ka Grandson. He will next be seen in Ek Villain with Disha Patani, Tara Sutaria and John Abraham. He will also star in The Lady Killer with Bhumi Pednekar.