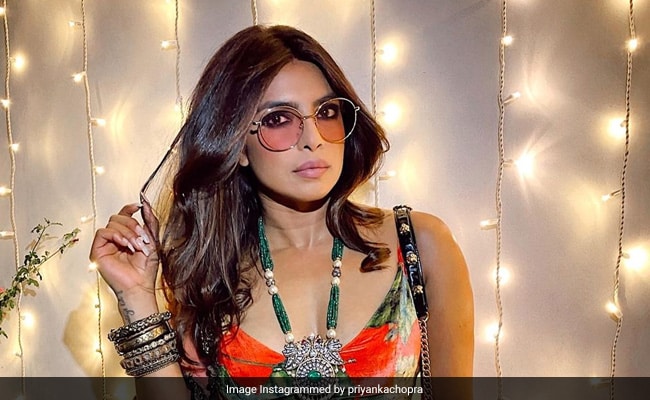 Priyanka Chopra, time and again, has addressed the hype around her name change on social media. In an interview with ETimes last year, the actress said, “I don’t know. I wanted the username to match my Twitter, I guess. I just find it really amusing that everything becomes such a huge deal to people. It’s social media, guys. Just chill out.” Priyanka Chopra, who features on the cover of Vanity Fair, spoke about the speculations post change of name on social media and told the magazine in a recent interview: “It’s a very vulnerable feeling, actually, that if I post a picture, everything that’s behind me in that picture is going to be zoomed in on, and people are going to speculate.”

The Quantico star added, “It’s just a professional hazard…. Because of the noise of social media, because of the prevalence that it has in our lives, I think it seems a lot larger than it is. I think that we give it a lot more credence in real life, and I don’t think it needs that.”

After the actress dropped her surname Chopra and her husband Nick Jonas’ surname Jonas from her social media handle, speculations about the couple’s split started surfacing on social media. However, they soon shut the speculations by posting several mushy posts Thanksgiving on social media. In November, Priyanka Chopra’s mother Madhu Chopra addressed the rumours about Priyanka and Nick’s split and told News18, “It’s all rubbish, don’t spread rumours.”

Priyanka Chopra and Nick Jonas met at the grand fashion event Met Gala 2017, where they represented designer Ralph Lauren. The singer had shut down an entire Tiffany’s store in New York to pick out Priyanka Chopra’s ring. He had proposed to Priyanka on her birthday while vacationing in London. They got married at the Umaid Bhawan Palace in 2018.

Priyanka Chopra’s next project Citadel, it is a multi-series with productions from India, Italy and Mexico and it also stars Richard Madden and it will be directed by the Russo Brothers. Citadel is Priyanka Chopra’s second project with Amazon Prime Video after announcing the Sangeet Project, a sangeet-themed dance reality show, which she will host with Nick Jonas. Priyanka Chopra was last seen in Matrix 4.