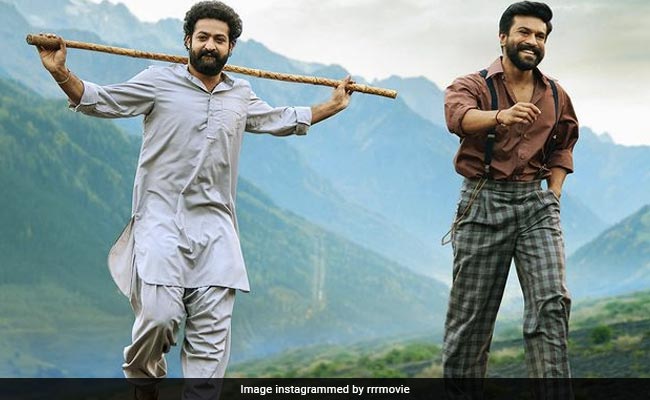 Due to the COVID-19 third wave, theaters in many states are shut and due to the same, makers of upcoming films pushed their release dates. S S Rajamouli’s much-awaited film RRR was slated to release on January 7, 2021. But, the release date was pushed due to the COVID-19 restrictions. And now, the makers of the film have announced two new release dates for RRR. RRR will now release either on March 18, 2022, or April 28. The film has Ram Charan, Jr NTR, Alia Bhatt, and Ajay Devgn in key roles and is produced by D. V. V. Danayya of DVV Entertainments.

The makers of RRR captioned their note as “#RRRMovie on March 18th 2022 or April 28th 2022,” followed by a lit emoji. The note reads, “If the pandemic situation in the country gets better and all theatres open up to operate at full capacity, we are ready to release the film on 18th March 2022. Otherwise, RRR Movie will release on 28th April 2022.”

Check out the official announcement of RRR release dates:

RRR is written by KV Vijayendra Prasad and is reportedly made on a mega-budget of Rs 400 crore. The film will have Ram Charan and Jr NTR as freedom fighters Alluri Sitaraman Raju and Komaram Bheem, respectively. Alia Bhatt and Ajay Devgn will be seen in cameo roles.

RRR will release in Hindi, Tamil, Telugu, Kannada. RRR has been postponed multiple times due to the coronavirus pandemic since 2020. It was originally slated to release in theatres on July 30, 2020. However, after the Covid-19 pandemic began, the release was postponed to January 8, 2021. And it again got pushed.