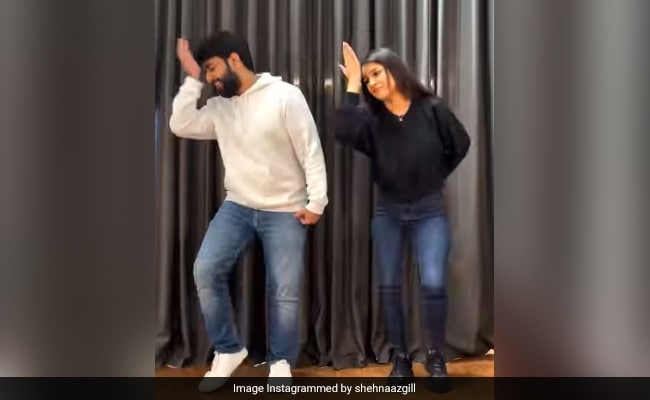 Yashraj and Shehnaaz in a still from the video. (courtesy: shehnaazgill)

Can it ever be a “boring day” with actor Shehnaaz Gill and YouTuber Yashraj Mukhate jamming together? The duo, who gave us the super catchy Twada Kutta Tommy mix, are trending once again. Yashraj Mukhate released a new track, in which he added a spin to Shehnaaz Gill saying, “Such a boring day. Such a boring people.” The clip happens to be from her Bigg Boss 13 stay. Later, Shehnaaz Gill joins Yashraj to hum out a song made of a line she said during the show. Sharing the video, Yashrah Mukhate wrote: “Boring Day . Another one with the amazing Shehnaaz Gill. Arti Singh, love your expressions.”

Check out the video here:

Earlier, Shehnaaz Gill trended big time for her catchphrase “Twada Kutta Tommy, an expression she used during her stay in the Bigg Boss 13 house. Later, YouTuber and musician Yashraj Mukhate added a spin to it and made it into a catchy track of sorts and it became insanely viral. Deepika Padukone and Ranveer Singh too shared a video, which was set to the viral “Twada Kutta Tommy” mix. ICYMI, this is what we are talking about:

Other than Bigg Boss 13, Shehnaaz Gill has featured in several Punjabi music videos and films such as Kala Shah Kala and Daaka. Shehnaaz Gill also starred in a music video with rapper Badhshah. The singer-actress was last seen in a Punjabi film titled Honsla Rakh alongside Diljit Dosanjh and Sonam Bajwa.