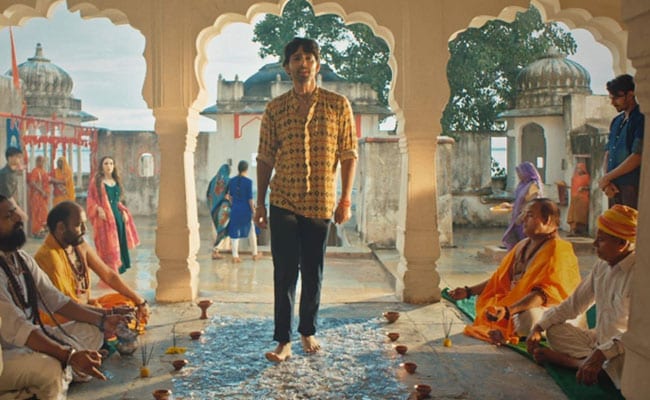 Himansh Kohli in a still from Meri Tarah.

When it comes to soulful tracks with a power packed storyline and stellar performances, you know that it is a T-Series product through and throughout. Such is the case with their latest track, Meri Tarah sung by the man of the hour, Jubin Nautiyal supported by the talented Payal Dev featuring ace actors Himansh Kohli, Gautam Gulati, Heli Daruwala. Penned by Kunaal Vermaa and composed by Payal Dev, ‘Meri Tarah’ is directed by Navjit Buttar and has been shot in the quaint bylanes of Rajasthan. Produced by Bhushan Kumar’s T-Series, the song is now out.

Speaking on the same, MD of T-Series, Bhushan Kumar and the man who has once again got together an interesting cast, says that, “Meri Tarah describes the true emotions of love. Jubin’s mesmerizing voice along with Payal’s soulful rendition and powerful performances by Gautam, Himansh and Heli, make for a complete package. I am sure the audience will enjoy this track as well.”

The cast comprising Himansh Kolhi, Heli Daruwala and Gautam Gulati have given their all to this video and the same is visible to their fans and more. Speaking on the release of Meri Tarah, Himansh says that, “When you have a team spearheaded by Bhushan Ji, and a song by Jubin Nautiyal and Payal Dev and co stars like Heli and Gautam, you know you are in the best hands possible. Shooting in Rajasthan for this song was an amazing experience and I am excited to see how everyone reacts to it.”

Heli adds that, “I am reuniting with Himansh, who is also a dear friend, after a gap of 10 years. We made our debut together and it feels like life has come a full circle from newcomers to acting again. Also, it was a dream to work with T Series and Bhushan Ji and it is finally coming true with Meri Tarah. Jubin is a personal favorite of mine so it’s surreal to be in this video as well.”

Gautam says that, “Jubin Nautiyal and T Series and Bhushan Kumar are the pinnacle of success in music and more. Meri Tarah is one more smashing product from the house that does it best. I look forward to seeing what the reaction will be like.”

Bhushan Kumar’s T-Series brings you Meri Tarah with vocals by Jubin Nautiyal and Payal Dev. Composed by Payal Dev and penned by Kunaal Vermaa, the highly anticipated track directed by Navjit Buttar is now out on T-Series’ YouTube Channel.