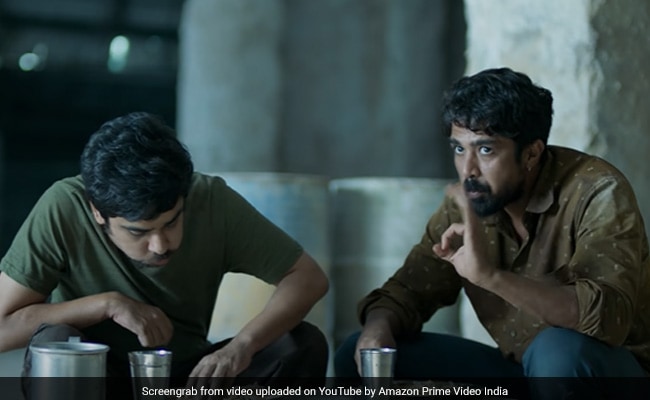 Those who suffered as the second wave of Covid-19 ravaged India last year were inevitably and quickly reduced to cold statistics. Death, disease, dwindling employment, displacement and despair overran the cities and towns. Many a heart-rending story got lost in the din. Unpaused: Naya Safar, Amazon Prime Video’s second Hindi anthology of pandemic stories, lends a fictional form to five such tales with expectedly varied degrees of success.

The anthology presents five interpretations of how the health crisis played out when the country, like the rest of the world, let its guard down at the end of the first Coronavirus wave. Each tale touches a raw nerve one way or another.

Unlike the first Unpaused, released in late 2020, this lot of shorts does not use tangential methods to comment on our collective response to the pandemic. It goes directly to the heart of the matter and tells stories that straddle a wide range of social realities, from the fate of a young Mumbai couple with cushy corporate jobs and a Parel apartment to the struggles of a marginalized attendant at a small-town cremation ground.

The cremation ground is the location of the action in the most striking of these five stories – Nagraj Manjule’s Vaikunth. The last of the five films, it is powerful, pungent and unflinching but eventually obdurate in its desire to stare reality in the face. It drives home the horrors of April-May 2021 seen through the eyes of an overworked man (played by Manjule himself) who cremates bodies of Covid-19 victims.

While he slogs without a break, the man, Vikas Chavan, faces the prospect of losing not only the rented room that he and his nine-year-old son share but also his aged father, who is Covid positive. Grit, grime, funeral pyres and tongues of fire dominate the frames in this segment, shot by Harshavardhan Waghdhare. The story the images tell sums up Vikas Chavan’s lot in life. He performs a job that is as essential as that of any other frontline worker, but he is summarily told to vacate his house because the virus has infected his father. He does not have the power to resist. He takes refuge with his school-going son right outside the cremation ground.

The camera briefly lingers on what is written on one of the walls of the cramatorium: Yahaan ameer aur gareeb ka bistar ek hi hota hai (The beds here are the same for the rich and the poor). Death is a great leveller indeed, but will life for the likes of Vikas Chavan and his son ever be free of discrimination and deprivation? Ayappa K.M.’s War Room, powered by an excellent performance from Geetanjali Kulkarni, is another strong entry. The actress plays Sangeeta Waghmare, a Covid war room worker who finds herself on the horns of a dilemma when she receives a call that dredges up a still-fresh memory from two years ago. She sees in the plea for help an opportunity to wrest for herself the justice that has eluded her.

Director of photography Tassaduq Hussain makes every shot count in this story set in a dark, dingy hive of activity where the phones never stop ringing and everybody is on edge. Amid the pressures of the job aggravated by the alarming Covid-19 situation, Sangeeta must battle an urge to take the law in her hands even as the city runs short of hospital beds and ventilators and is gripped by widespread and understandable panic.

Unpaused: Naya Safar kicks off with The Couple, a bright and breezy segment that turns the spotlight on a very real problem that young professionals have had to deal with during the pandemic. Directed by Nupur Asthana, the story is set in an apartment occupied by a working-from-home couple, Akriti (Shreya Dhanwanthary) and Dippy (Priyanshu Painyuli).

Both seem to be doing pretty well – one works for an FMCG company, the other is a product development executive with a multinational form – until the lady is fired without warning. The setback drives a wedge between Akriti and Dippy as the former tries to come to grips with trauma of being laid off despite delivering her best. “I feel like I got dumped,” she says. “It’s a job, not a relationship,” Dippy pacifies her.

He has no way of knowing that Akriti’s job and their relationship are interlinked. Their three-year-old marriage threatens to run aground – the unforeseen turn of events forces the couple to pause and ponder over what exactly they are looking for from each other. Dhanwanthary and Painyuli form a lively twosome who thrive on drawing from each other’s energies. The two actors paint a vivid portrait of a modern, urban marriage in the time of a pandemic. The Couple does not say anything especially new but does reflect an important aspect of a union of equal partners up against a world desperate to see the return of normality.

Three small-time crooks are at the centre of Ruchir Arun’s Teen Tigada, which portrays the plight of those who live dangerously and resort to illegal means to survive in a big city. Chandan (Saqib Saleem), Dimple (Ashish Verma) and Ajeet (Sam Mohan) steal a van loaded with expensive electronic appliances and hide out in an abandoned factory until a buyer is found for the consignment.

Their escape plan is thrown into disarray when the rampaging virus brings everything to a standstill. A total lockdown is announced. Tempers flare. When a policewoman confronts them, the three men claim they belong to a neighbouring village. The reality is that they are all migrants who have travelled miles from their homes in search of jobs. Each is here for a reason of his own.

The longest of the five stories, Teen Tigada turns a tad leaden-footed at times, but the energetic Saqib Saleem, as the burly, short-tempered Chandan, keeps it on the boil with a fair bit of help from Ashish Verma as the spunky Dimple and Sam Mohan as the staid and steady Ajeet Chetta.

Gond Ke Laddu, written and directed by Shikha Makan, starts out in Agra in the home of a widow, Sushila (Neena Kulkarni), who views online transactions with suspicion but decides to take the risk and send her daughter a box of home-made sweets to celebrate the birth of a baby. The delivery boy Rohan (Lakshvir Saran), on a make-or-break day, meets with an accident.

A fate much worse than physical wounds awaits him at work. His feisty wife Geeta (Darshana Rajendran) comes up with an audacious plan to bail the man out of trouble. Gond Ke Laddu celebrates hope and humanity in the face of adversity – which really is the only course left for mankind when the whole world is in the midst of a crisis that refuse to go away.

That is exactly what the watchable Unpaused: Naya Safar conveys: the centrality of the need to cling on to hope when it is easy to sink into despair.